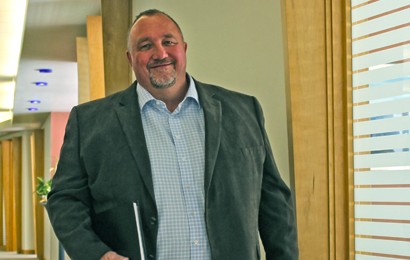 Peter’s knowledge and team building skills have resulted in numerous award winning projects including one that was recognized nationally for Excellence in Construction.

Peter joined Interstate as an apprentice in 1983 with the Massachusetts Construction group. He was promoted to field superintendent in 1986 then transferred to the New Hampshire Construction Division in 1989 where he earned the position of General Superintendent. In 1994 he was promoted to Senior Project Manager tasked with managing multimillion dollar projects and promoted to Division Manager in 2011. Peter is a member of the International Association of Electrical Inspectors, National Fire Protection Association and has been appointed by the New Hampshire Governor’s office to the Building Safety & Construction Electrical Safety and Licensing Board, serving as Vice Chairman.